Important tips and points to know while selling your car... 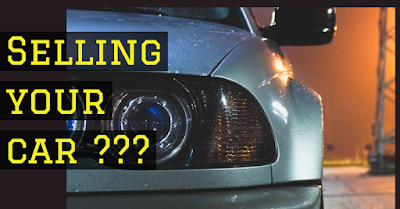 So planning to sell your car???

Then read this post to make sure it is a happy experience.

So now you are planning to sell your beloved car? Well that is a crucial decision and one that you need to carefully execute so that your parting memory with your loved car is not a painful or regretful one.

Through this post we will try to lay out what are the key factors that you should keep in mind and should thoroughly review to ensure that the transaction is smooth and does not cause any regrets later on.

First up, we will take you through a few simple questions that will help to un-clutter your mind and convince your heart, which will help you to get yourself a good deal.
Do you really want to sell your car?“Do I really want to sell my car?” – Give this question a good hard thought. In most cases if the answer to that question is NO, you will never get a good deal for your car.
Considering that your answer to the above question was YES, then try answering this question – “Why am I selling my c…
Post a Comment
Read more

Should I buy the BS4 car or wait for BS6? 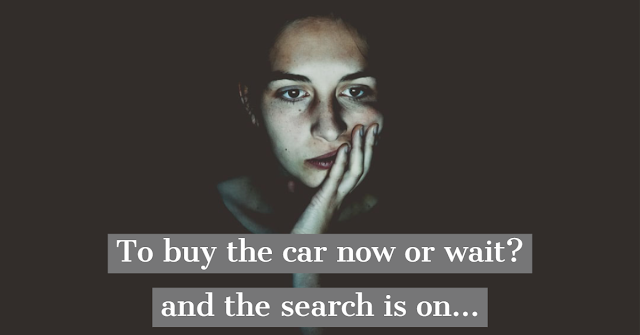 This is the proverbial “million dollar question” that is most prevalent in the car market at the current stage. Every buyer is trying to figure out an answer for that and most importantly every manufacturer and dealer is also desperately hoping that the buyer decides quickly and starts buying.
Having already stated our stand in favour of adoption of BSVI emission standards for our country, we definitely would recommend to go for a BSVI compliant vehicle, but then again we would also like to put forth some points in support of our recommendation.
The idea is to lay out all the consderations that you face while taking your decision, needless to mention that the recommendation is purely the writer’s opinion and the decision to buy is purely your call.
The environmental impact – In our last post we had pointed out that transport emissions are the most dominant factor in air pollution across the world and it is especially true for most urban environments. All the smog, yellow haze, brown s…
Post a Comment
Read more

Why are there more stars in the sky in Virajpet than Bangalore? 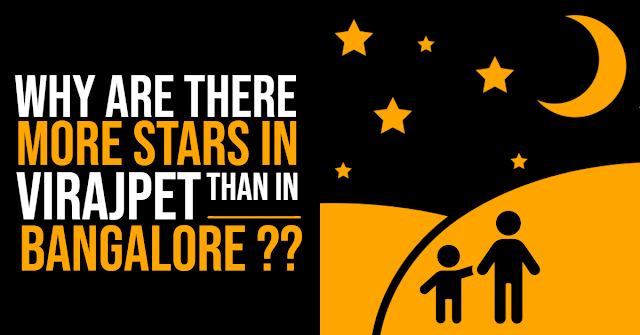 I remember going to Virajpet (for the uninitiated, its a beautiful hill station in Karnataka) a year back, one night we were sitting on the lawn under the night sky and my kid asked “how come there are so many stars in Virajpet and only 2 or 3 in Bangalore?”
Now I know there could be a lot of scientific or astronomical justifications like diffused light, etc as to what could be the reason, but I wanted to direct his thinking towards a truth that will affect him and millions of kids like him, sooner rather than later.
The truth of air pollution, a truth that is staring at our face, a truth whose growth is relentless, silent and so invisible to all of that we always ignore it as someone else’s problem.
Air quality indices have put road transport amongst the top 3 contributors towards increasing air pollution. Which means, with every squeeze of the throttle knowingly or unknowingly, we all are contributing, at a nano level, towards dooming our kids’ or their kids’ future.

If you are looking to buy a car - new or used, or looking to sell your car, we can help you.

If you are looking for any refinance - getting some funds on your car instantly, we can help you get the best deals.

If you are looking for any loans for bigger financial needs - like buying a house or any personal loans for travel, family occasions, etc, we will work the best banks in the business and get you what is most suitable for your requirement.

Rest assured you are in good hands when we service your requirements. And that 40,000+ customers can vouch for.

Visit us at www.apnacar.com for more details.

Aiva @ Apnacar
Car enthusiast, which led to setting up one of India's 1st online car portals, way back in 1999 - www.apnacar.com. Reach us for any of your requirements related to cars - buying or selling, new or old car, car loans, refinance on car. Also if you are needing any other type of loans - for buying a house, personal requirements, travel, studies, - do let us know. We have been doing this for last 25 years and are proud to have serviced 40,000+ customers.